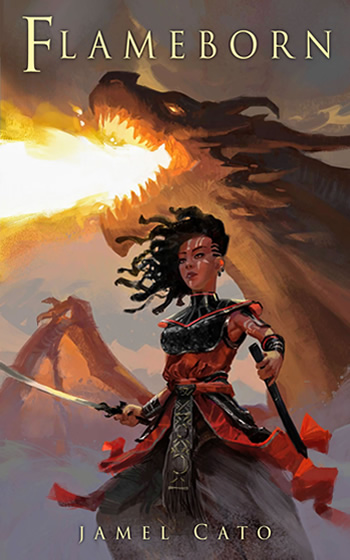 The true heir of a stolen throne and a dragon caller born in the wrong kingdom rock an empire in their quests to set things right.

Each major kingdom on the continent of Zulukara controls at least one of Earth’s elements. The peaceful people of Tambia control fire. The inventive sea people of Nongo control water. The mighty empire of Gavalon controls wind, stone and nearly everything else.

The only thing keeping the fragile peace is fear of the continent’s colossal dragons and the mysterious Tambian women who control them, who are known as Fire Speakers.

But everything changes when a Fire Speaker is born in Gavalon. Her name is Zamani Flameborn.

Availabe at: Amazon   Get it